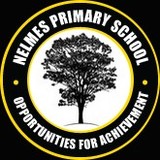 My association with Nelmes reaches back over 20 years when my children attended the School. I joined the Governing Body 18 years ago and have been Chair of Governors for 15 years. I am proud to have led a strong Governing and supported the leadership team of the School, in raising standards and performance and wellbeing of all at the School. My background has been in Information Technology and work in BT as a Sales Director within the UK. My personal area of expertise that I bring to the Governing Body is in strong leadership and coaching ethos. These skill sets are practiced in my business role on a daily basis. I maintain a key interest in positive challenging the School to develop itself continually and ensuring that every child works and develops themselves to fulfil their potential.

I have been involved with Nelmes School since 1985 when my eldest of two daughters joined the school in reception. I became a Parent Governor in 1992 and have been on the governing body for 25 years and I have loved every minute. The school is very much a friendly and welcoming environment which I’m proud to be apart of.  I have good experience & general knowledge of the school, having been involved in many projects from building works and general improvements to the school. I’m also on several sub-committees including finance, staff recruitment, buildings, health & safety to name a few.My early working career was manly spent in accounting including book keeping, payroll & Vat returns for large companies in London. After getting married and starting a family, my Husband and I set up our own Plumbing & Heating Company which has been very successful over the past 37 years. As well as being a School Governor I have also been heavily involved with the local branch of The Parachute Regimental Association. In 2014 I was very honoured to receive The Royal Cornwall medal for my outstanding service and charity work for the Association. Shortly after my daughters joined Havering Athletic Club I was sure to be volunteering once again. To which I’m now heavily involved with many roles including treasurer, membership secretary, running the canteen, collecting track fees and being the senior ladies team manager.

I have been a Governor at Nelmes Primary School now for 8 years, initially as a Parent Governor and now as a Co-opted Governor.  My roles on the Governing Body include being the Safeguarding, On-line safety and Looked after children Governor as well as sitting on a number of committees which meet monthly. I bring to the role skills and knowledge acquired during 30 years working in the NHS and I currently work in the local community as a Specialist Nurse for people with Multiple Sclerosis. I have been fortunate to have had two children pass through Nelmes and know from personal experience the high standard of education the school provides, giving its pupils a solid foundation to build on as they move through their education career. As part of a strong and effective governing body I feel confident that Nelmes remains an outstanding school. In my role as governor I will continue to support the senior leadership team through the challenges and demands in the future.

I have been involved with Nelmes primary school since 2008 when my son started in reception, my daughter then followed suit in 2011. I have been a parent Governor for nearly 5 years, I was previously on the PTA helping raise valuable funds to support our children at Nelmes. I still help out with the PTA whenever possible. Prior to parenthood I worked for nearly 20 years in the city of London in the Insurance Industry. I am currently self-employed running my own curtain making/soft furnishing business. I feel very privileged to be a governor at Nelmes and be part of a strong Governing body and leadership team, that will shape our children’s lives  for years to come.

I have been a governor for the past 8 years. I was a manager of a travel agent for 15 years which allows me to be a good team leader but also have the confidence and ability to work within groups. As well, this allows me to be able to work with money & accounts and work with the public effectively. I became a governor as both of my children attended Nelmes and I wanted to be able to give something back to the school and support children. In addition, I was on the PTA for a few years so I already had experience and knowledge with how the school worked before I joined the board of governors.

All Governors may be contacted via the school office